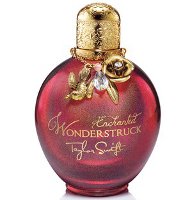 Wonderstruck Enchanted is the next chapter in the story of my Wonderstruck fragrance. Wonderstruck is about that moment when you instantly feel a connection to someone, but then there’s that feeling of being completely enamored – enchanted – when you know a little more about that someone and still feel that strong connection.