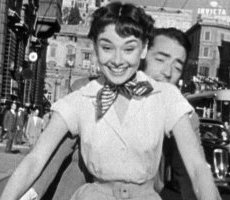 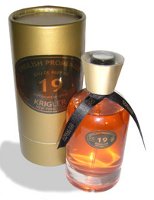 Since the recent relaunch of its fragrance line, Krigler has positioned itself as a multi-generational, historic perfume house, with connections to both the Roaring Twenties and the golden age of Hollywood. It's a good bet that quite a few serious perfume shoppers are drawn to one of these eras or the other, and while they have no interest in the latest fragrance licensed by a contemporary pop singer or reality-television personality, they may be curious about the perfumes worn by classic screen stars.

English Promenade 19, originally released in 1919, includes notes of orange blossom, fresh grapefruit, sweet white musk, oriental neroli and ylang-ylang. It was inspired by the French Riviera, where Krigler was based in the 1910s and 1920s — more specifically, it seems to refer to the Promenade des Anglais, a walkway along the Mediterranean in Nice. According to Krigler, English Promenade was purchased and worn by Audrey Hepburn while she was filming "Roman Holiday" in Rome with Gregory Peck.

I don't know how faithful English Promenade 19 is to the formulation of 1919 or the early 1950s, when Audrey would have been wearing it, but it's not quite what I expected. It's notably fruity, with a mango-like note that persists throughout most of the scent's development. Its orange blossom is more of a sweet citrus accord, and the dry-down smells like a peach-tinged vanilla to me. I would have liked a greener, crisper treatment of the orange blossom and a truer ylang-ylang. Would Audrey have worn this fragrance in its current incarnation? Hard to say. She was famous for loving Givenchy L'Interdit, of course, and she was supposedly one of the many Hollywood stars who wore Acqua di Parma Colonia. Might she have enjoyed a vanillic fruity-floral at other times? Perhaps. 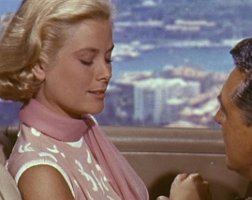 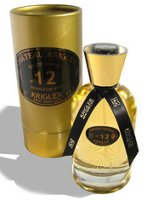 Chateau Krigler 12 was created in 1912, with notes of lily of the valley, mimosa, white musk, violet, and rose, and it was reportedly a favorite of Grace Kelly around the time she won the 1954 Academy Award for her role in "The Country Girl" (shortly after filming "To Catch a Thief," with Cary Grant, on the French Riviera). It opens with an aldehydic rose-violet accord, which is followed by a bitter-almond note. The almond isn't included in the "official" list of notes, but it's certainly there; maybe it's actually meant to be part of the mimosa? There's a soft musky-powdery base, and then the floral mimosa note does become more apparent.

I like Chateau Krigler, which makes sense, since I'm usually fond of rose-violet fragrances and powdery notes. This fragrance doesn't quite measure up to either of my great loves, Frederic Malle Lipstick Rose or Lorenzo Villoresi Teint de Neige, in depth or romance, but it's very pleasant. It also seems a little boudoir-ish for the future Serene Highness of Monaco (for whom Creed's Fleurissimo was famously commissioned), but then again, what do I know about any star's private tastes?

A friend of mine recently complained, "I am sick unto death with the tired recycling of just a handful of style icons: Marilyn, Audrey, Grace. ENOUGH." Well, I don't think the situation is going to change any time soon: these ladies have an awfully strong hold on our collective fantasies, and they can still sell perfume.

Krigler English Promenade 19 and Chateau Krigler 12 are available as 50 ($155) or 100 ($245) ml Eau de Parfum; samples are available for $7.50 each. They can be purchased at the Krigler boutique in the Plaza Hotel in New York or through the Krigler website.

Note: images of Audrey Hepburn in "Roman Holiday" and Grace Kelly in "To Catch a Thief" [both cropped] via Wikimedia Commons.