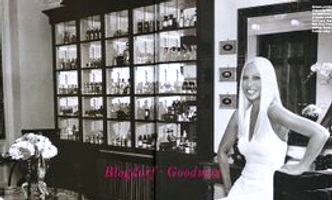 Time for another damage poll — and I know you've all been waiting anxiously to confess your sins! Donatella Versace, Our Lady of Scented Overindulgence,1 wants to know what you bought in the 3rd quarter (July, August and September) of 2011. 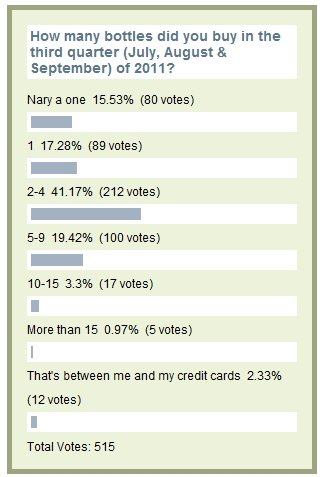 I was about to say I bought nothing — memory can be kind — but then I checked my notes. Ah yes, I bought one bottle (Honoré des Prés I Love Les Carottes, happily marked down to $24.50) and two decants (Serge Lutens Vitriol d’Oeillet, which it turns out I could live without, and The Different Company De Bachmakov, which I already knew I loved; $30 for the both of them). That brings my quarterly expenditure to about $55, and my yearly expenditure (so far!) to $194. I can live with that.