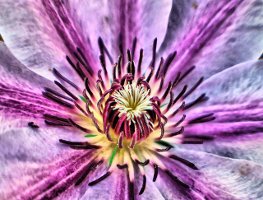 You know how it works: talk about anything you like — the perfume you’re wearing today, the perfume you're planning to buy this weekend, the last sample you got your hands on, whatever.

Note: image is Flower HDR by Dylan Luder at flickr; some rights reserved.