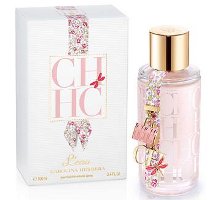 Carolina Herrera has launched CH L'Eau, a new flanker to 2007's Carolina Herrera CH. CH L'Eau is described as "fresh and delicate", and is aimed at a younger consumer than the original fragrance.