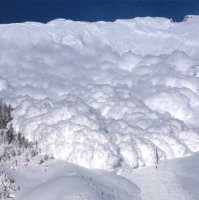 No fragrance review today, sorry. Just keeping up with the new releases is becoming very nearly a full time job, and leaves very little time for actually smelling anything, much less writing a review. According to Michael Edwards' Fragrances of the World database, there were 693 new fragrance launches in 2006 (via moodiereport), and this little tidbit appeared in today's New York Times article about Chanel:

Kate Greene, the vice president for marketing fine fragrances in North America at Givaudan, said that 800 new fragrances are expected to make their appearance in 2007.

800! That is over 2 a day, people. And strictly speaking, both figures (693 and 800) are undercounts, since they don't include the zillions of independent perfume releases that don't make it into the official counts. If you want to keep up with Black Phoenix Alchemy Lab (here are their latest releases, I was going to count them but gave up) and what is in the department stores, you have quite a task ahead of you this year.

How is a perfumista to keep up? Come December, will we even care what launch no. 799 smells like? Even two years ago, I very much wanted to smell everything new; now, it is hard to summon any enthusiasm even for the major releases. Just thinking about the 12 (12!!) fragrances in the upcoming Private Blend from Tom Ford makes me weary — after all, it took me two days just to get the aromas of the 6 new Les Exclusifs de Chanel correctly matched up with their names. I forgot which of the three new garden scents from The Different Company was which within minutes of putting them on, and I have to confess that I never went back to figure it out. The names were too long to remember anyway.

I shouldn't complain; the real sympathy should be reserved for a) the perfumer who is handed another brief for a fresh fruity floral to appeal to 19 years olds, to be completed by next Thursday, and b) the poor marketing people who face the Herculean task of trying to get consumers to pay attention to the latest perfume launch. You just about have to name your fragrance Don't Get Me Wrong Baby, I Don't Swallow to get anyone to listen.

There, that took me just as long to write as a fragrance review. Isn't that the way?