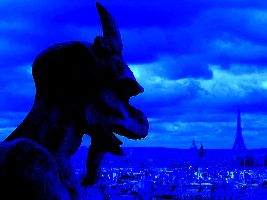 What does midnight in Paris smell like? In spring and summer, the warm atmosphere heightens the scents of grass, earth, and flowers in the gardens; aromas of food and drink waft from bistros and cafes. Year-round one smells cigarette smoke, exhaust fumes, cologne on passersby …and dog turds. I don’t remember midnight in Paris smelling like tonka beans, but judging by Van Cleef & Arpels Midnight in Paris Pour Homme, tonka beans perfume the Seine, the fountains, the air.

Tonka bean is on the verge of becoming the “new violet leaf” in men’s fragrances; it’s everywhere. I bought some tonka beans (Dipteryx odorata) from a local herbal apothecary and perfumery so I could smell the real thing (1 oz of tonka beans costs around $2.50). Tonka beans smell a lot like (musky-nutty) vanilla and are used in the making of desserts as well as in perfumes (when I smell tonka beans I think of nougats, frostings, sweet syrups, custards). In the U.S., tonka beans, which contain coumarin, have been banned from use in foods since 1954 due to their blood-thinning properties, but that hasn’t stopped chefs from using the fragrant beans.

Midnight in Paris Pour Homme is billed as a “floral-leather” fragrance and it was developed by perfumers Olivier Polge and Domitille Bertier. Midnight in Paris’ notes include black lily of the valley accord, bergamot, citron, matcha green tea, styrax/benzoin, tonka bean and incense.

Like an old-fashioned fireworks display, Midnight in Paris presents all its thrills at once. There are initial sparks of bright, fumy citrus, a streamer of styrax mixing with bursts of tonka bean, a glimmer of green tea, and then a tiny cinder of wood. (Any black lily of the valley accord is invisible in the glare of the other notes — and where’s the leather?) 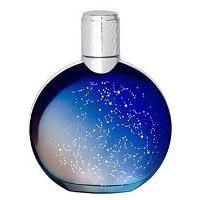