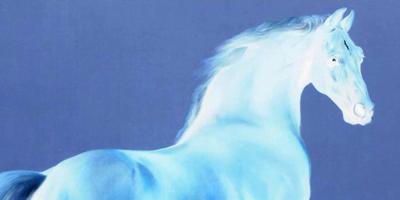 I’ve never had much luck with Ralph Lauren fragrances. I like Polo and used to wear Monogram (discontinued long ago), but no other Ralph Lauren cologne has excited me. The new Big Pony Fragrance Collection, aimed at 18-30-year-old men, isn’t cutting-edge, but all four fragrances are well-made and perfectly formulated for their target audience: young men who — from what I see and hear in the shops and smell on the streets — don’t want “weird” perfumes, but prefer familiar-smelling, not-too-complex, clean/fresh fragrances.

Big Pony No. 1 (the “sporty” offering of the collection, in the blue bottle) is one of my Big Pony favorites; it lists only notes of lime and grapefruit, but I detect strong lemon peel-bergamot during its opening. After the lemon-bergamot burns off, I smell an aromatic lime-grapefruit accord that reminds me of a drink made of one part spicy ginger ale to one part Fresca (lime wedge squeezed on top). Big Pony No. 1 is “fizzy,” crisp, refreshing and clean with only the tiniest driblet of light musk in the extreme dry-down.

Big Pony No. 2 (red bottle, described as “seductive/sexy”) contains dark chocolate and musk (and a touch of vetiver?) Chocolate (think “candy bar” not unsweetened cocoa), enlivened by some warm citrus in the opening, leads to a pleasant, creamy musk and sugary talc accord in the base. The chocolate note in Big Pony No. 2 is not too strong for hot weather and is “prom-night” special. Big Pony No. 2 seems like a young man’s idea of a “sexy” and dressy fragrance with its ‘edible’/foody notes mixed with light, non-confrontational musk.

Big Pony No. 3 comes in a bright green bottle and it presents “adventurous” mint and ginger root. Aromatic ginger and lemony-bergamot notes make up the greater part of this fragrance; there’s also a hint of sweatiness in the opening notes that I associate with dried mint leaves. (Big Pony No. 3 does not contain a bright, “mouthwash” mint aroma.) Big Pony No. 3 has a dry-down of sweet, citrus-y woods and is tied with Big Pony No. 1 as my favorite of the collection.

Finally, “stylish” Big Pony No. 4 (orange bottle, containing mandarin and kyara wood) starts with generic spices and faux mandarin. Big Pony No. 4 has the strangest mid-development aroma I’ve encountered in awhile — a “chilled luncheon meat” and floral accord. This “baloney-peony” accord fades fast and must be a result of a clash between citrus, “kyara wood” and musk. When its “deli” phase is over, Big Pony No. 4 is a standard-issue citrus-woody-musk fragrance (and to my nose, the dud of the collection).

The Ralph Lauren Big Pony Fragrance Collection for Men is part of the larger Ralph Lauren Big Pony polo clothing line for men, women, children…and dogs! Each of the four Big Pony Eaux de Toilette has good lasting power and sillage and comes in two sizes: 75 ml for $50 and 125 ml for $65. A coffret of all four fragrances in 15 ml bottles is available for $45.