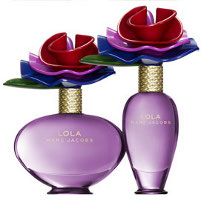 The 2010 fragrance awards season is over*, and we have a winner: Marc Jacobs Lola. Like Daisy back in 2008, Lola took a grand total of 7 awards for best fragrance, with nods from the Fifis (US, Germany, Italy, UK), the Canadian Fragrance Awards and Cosmetic Executive Women (US and UK).

*Not including Basenotes and Spain’s Academia del Perfume — I do not know when their awards are scheduled for 2010.