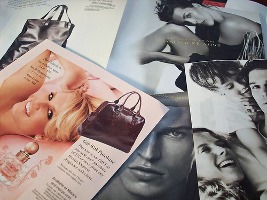 People say there are so many products that they can’t choose, but a CD store has thousands of CDs and people can still choose. I think the market lacks inspiration, trendiness and edgyness. I see edgier things in fashion, music and architecture…In the last 10 years what has made you say ‘wow’?1

That's perfumer Christophe Laudamiel, and I have no quarrel with the second part of his statement: the perfume industry would be in much better shape if we didn't see so many entirely dull and uninspiring new launches. But I can't make up my mind about the first part. I've long felt that the best thing that could happen to the perfume industry in terms of reinvigorating consumer interest would be to see far fewer new releases — maybe about half of the 1000+ new fragrances that we've been seeing every year for the past few years. So, a two part poll...

Do you think the number of new releases matters? Would consumers (present company excluded, of course: if you're reading this you're presumably already interested) be more interested in fragrance if there was less product to wade through?

And just for fun, name one fragrance released in the past 10 years that made you say WOW.

Note: image is Now my room smells like a department store. by dno1967 at flickr; some rights reserved.

1. Quote is via “Cosmetics International talks to Christophe Laudamiel, perfumer, International Flavors & Fragrances (IFF), New York”, 12/9/2005. At that time, of course, there were far fewer new perfumes every year than there are now.