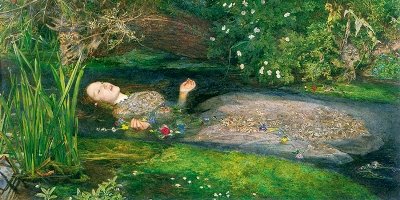 Bring on the stems, leaves, grasses — I’m always in the mood for ‘green’ fragrances. Green-tinged perfumes are refreshing and often “cool” in tone; they convey the idea of “growth,” especially new growth of plants. Spring is the perfect time for a green cologne to debut, and I’ve been looking forward to smelling Parfumerie Generale Papyrus de Ciane (No. 24).

Papyrus de Ciane begins with a mix of citrus, “white flowers” and delicious and strong galbanum (the galbanum crystallizes and turns soft and powdery fast); Papyrus de Ciane’s green notes are not wild and sharp or particularly “clear and water-y” (as the references to papyrus and the River Ciane may lead you to believe) — they’re talc-y and cloudy. As Papyrus de Ciane dries down, I detect small “puffs” of cistus labdanum/(birch tar?) and frankincense. When the fragrance reaches the end of its development, I smell vetiver, comfy musk and clean moss; these notes meld to form a pleasing smoky-green/vegetal-musky powder (let’s call it “green pollen”).

Every spring, a dear friend laments the fact that many of her friends and family are no longer alive to experience the glory of springtime, its bounty of blossoms and fragrance, its new leaves and grasses. The aromas of Papyrus de Ciane make me introspective too. It’s not the cool and refreshing fragrance I was expecting; it’s more complex — dare I say, “wistful” — and reminded me of the lines: That man’s life is but a dream — Is what we now come to know./Its house abandoned, the garden has become home to butterflies.* 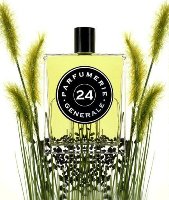 Papyrus de Ciane’s lasting power is good and its sillage is mild. I wouldn’t call Papyrus de Ciane an “old-fashioned” fragrance, but during the opening and dry-down it has a “retro” vibe with its galbanum, white floral note, leather and mossy bits. Dabbed on, it smells a tad womanly and refined; sprayed on generously it comes alive and loses all “primness.”