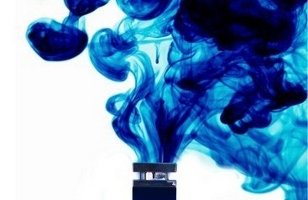 No matter what our thought bubbles read, most of us know better than to stand in front of a painting by Jackson Pollock and say aloud, "I don't know what the big deal is. So some guy splatters paint on canvas. That's art?" Even if our attention wanders during the second half of a symphony concert, we still suspect the music has merit. Maybe we're not accustomed to a couple of hours of Mahler, but we give it a fair try. Most of us would jump at the chance to try a sip of a Premier Cru Bordeaux, even if we weren't 100% sure we could distinguish it from a supermarket Cab-Merlot blend. We assume we don't know everything about every kind of art. We want to develop our senses.

On the other hand, many people who wouldn't miss a Whitney Biennial will flatly say, "I don't like perfume," and it never even occurs to them they've shut out a whole realm of art. They're slamming an entire sense. Perfume is the Rodney Dangerfield of the art world.

Perfume may have trouble gaining respect in some quarters because it's poorly worn. If someone has a hideous sense of style, all you have to do is turn your head and the greasy mullet or (don't even get me started on this) crocs are gone. But perfume is like music. If it's too loud and not to your taste, it's hard to shut out. At least a radio comes with volume control. If you're in a warm conference room with someone doused in Calvin Klein Obsession, you're screwed.

Also, people expect perfume to be easy. They know a raw milk Morbier has a more difficult but also more rewarding flavor than Cheez Whiz, but they don't apply the same principle to, say, Christian Dior Miss Dior (surely the Morbier of the perfume world). No one is born loving Miss Dior. A lot of people are born loving Aquolina Pink Sugar. The problem is while people will refine their visual appreciation by spending thousands of dollars on museum memberships and devouring curators' talks on tape, they think they should "get" perfume right away. So, lines like Jo Malone featuring simple, easy to get notes, thrive. Miss Dior languishes.

Still, I'm hopeful. The past five years alone have seen a groundswell on interest in scent. Perfume blogs might be a tiny slice of the internet, but there are ten times more perfume blogs now than there were when I started writing for Now Smell This. The New York Times has a perfume critic. Perfumes: the Guide did well enough to warrant a second edition, Perfumes: the A - Z Guide. Some perfume houses even promote the names of their noses — or at least don't actively hide them — and now we can identify the distinctive styles of Jean Claude Elléna, Bernard Duchaufour, Sophia Grojsman, and more.

I look forward to the day when saying "perfume stinks" is seen as a sign of ignorance. Maybe, instead, that person will lean toward a friend discreetly wearing scent and say, "Your perfume is — interesting. Tell me about it." Until then, Miss Dior, Rodney, and I are keeping good company.