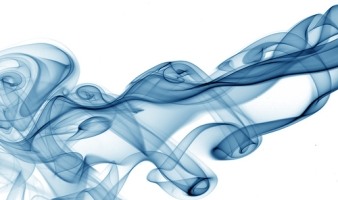 One night a few years ago I woke from a dead sleep by the smell of cigarette smoke. It must have been three in the morning, but the smell of a fresh cigarette was so close it was as if someone were standing in the room with me and smoking. I don't smoke, and my neighbors don't smoke, either, except for Dick, who after a shift at the sewage treatment plant occasionally smokes a cigar on his porch. I was puzzled, but also drugged by the Sandman, and as the smell faded I fell back asleep.

A few weeks later I was eating dinner when I smelled fresh, pungent cigarette smoke again. This time I went outside and walked around my house. I couldn't smell the smoke outside, and I didn't see anyone smoking. Again, after fifteen minutes or so the smell went away. I mentioned my strange cigarette smoke incidents to my friend, Pom, who is psychic (I recommend having a psychic friend if you can manage it), and she said, "Oh! I know who it is! Your uncle!" I have three uncles. All of them are alive and none of them smokes.

I asked my father if he knew who in my family was a smoker, and he immediately told me about my grandmother's brother, my great uncle Bruce. Bruce was a hard-drinking, arts-loving, gay real estate agent in Laguna Beach, and he smoked like a chimney. He and his partner, Ernie, moved from Laguna Beach to a rural area in Northern California in the 1950s where they gave away much of their fortune to help the local Pit River Indians. Eventually they missed their social life in Southern California and moved back. Uncle Bruce died of cirrhosis of the liver before I was born. I like the thought that he was hanging out at my house for a while, but I'm stumped as to why he'd stop by.

The ability to smell psychically is called "clairalience" or "clairolfaction". Apparently, people who are clarialient routinely smell cigarette smoke, but the smell of big white flowers — gardenias, tuberose, and lilies — is more common. (I'm thinking that Etat Libre Jasmin et Cigarette must drive psychics wild.) I don't know what I think about all this seventh sense business, but I firmly believe in the ability of smell to bring back the dead —or at least the lost — in full form. This is part of the power of scent.

I smelled my grandfather in his shirts after he died (my father sent me some of his most -loved shirts, those with the worn collars and cuffs), and I could see him making breakfast before my grandmother rose. I could smell an old boyfriend, turpentine and dirty laundry, in the creases of a book he gave me, and I had to put the book away for a while. My cat, Bingo, died a few weeks ago, and the smell of him, sweet and clean on my blankets, brought him more freshly to my mind than any photograph could.

All of this is to say that scent is wickedly powerful in its ability to evoke memory and emotion. My brain may well have been misfiring when it registered cigarette smoke. I don't know. I do know that by the way we smell, we leave a powerfully evocative trail.

Note: the lovely "Blue Smoke" image is via Cheekybikerboy at flickr, and is copyrighted at Creative Commons. Click here for his how-to instructions (and note that it shows incense smoke, not cigarette smoke) and here for his "Fun With Smoke" photo set.