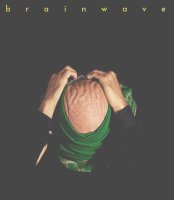 ...multi-sensory installation, created by Seru -- Erik Carver, Howard Huang, Hisako Inoue, and Yuka Yokoyama. It asks: "who are we apart from a collection of memories?" To lose our memories is to stop being the person we were. Yet to live is to be bathed in a continuous flux of memories.

This paradox is always bubbling up through fiction and pop culture. In "Vanilla Sky," Tom Cruise replaces his memory and lives in a dream life, eventually realizing that his memories are just an illusion. In "The Bourne Identity," as Matt Damon recollects his memories, his identity seems to recover. Proust's "In Search of Lost Time" famously begins when a bite of the madeleine triggers an avalanche of childhood memories.

To live in a city is to open one's brain up to daily contact with external networks, to constantly redefine inside and outside in a radical way. Reodorant II is a memory-respatialization-device operating simultaneously in the channels of smell, sound, and architecture. In a neutralized immersive environment, involuntary memories are systematically called up and put into motion through bombardment with sensory agents.

Smell information is closely linked in the brain to both long-term and emotional memory. We are testing a combination of familiar odors extracted from different locations and designed to maximize memory mobility.

Sounds operate in a parallel manner, but with different effects. By multiplying specific odors with specially designed audio triggers, we are able to attain a synesthetic re-spatialization, promoting an elevated degree of memory transitivity.

You are not you anymore. You have been Reodorized.

Brainwave: Common Senses runs from 16 February through 19 April at Exit Art, 475 Tenth Avenue, corner of 36th Street. (thanks to Jessica for the link and the quoted text, which is via one of the participating artists)