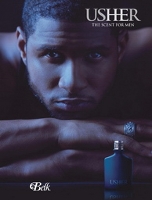 My fearless leader and the creator of Now Smell This, Robin, has done her duty from the start and boldly ventured into celebrity fragrance territory. Robin has reviewed perfumes released under the names of Sarah Jessica Parker, Jennifer Lopez, Britney Spears, Gwen Stefani, Hilary Duff, Mariah Carey, Paris Hilton, Prince and Sean John.

Until today, I have reviewed zero celebrity fragrances. I am a perfume snob. I look at a bottle of celebrity fragrance and think: “Ew! Who wants to be associated with him?” I’m not celebrity-obsessed and even though I’ve seen my fair share of celebrities up close, I’ve never asked any of them for an autograph. Aren’t celebrity fragrances a form of ‘autograph'? Wearing David Beckham’s Instinct is (almost) the same as hanging a poster of Becks on my bedroom wall — right? If I use Sean John’s Unforgivable, won’t people assume I admire Sean John and not just his cologne?

So: I’ll aim no more disdainful glances at celebrity fragrances; I will give all scents a chance even if the face on the packaging gives me the willies. (I do have my limits — if Michael Vick or Ann Coulter release perfumes I won’t sniff them on moral grounds.)

Usher He opens with a pop of ‘fresh’ notes and pineapple. I also detect a hint of (what smells like) cumin; this cumin note is subtle but persistent and tempers the pineapple. A pleasant pepper note emerges a few minutes into He’s development; this white pepper note, mixing with the melon, pineapple and verbena, produces a mildly aquatic accord. The aquatic phase lasts about five minutes, then He becomes peppery and herbaceous. Many scents use pepper in their formulas but I really admire He’s use of pepper. He’s pepper is piquant and long lasting (but not overpowering) and it ages well on the skin — never becoming sour or stale.

The spicy and green (violet leaf) middle section of Usher He, let’s call it He’s “torso” (Usher loves to display his naked chest and stomach), is the most appealing and interesting section of the cologne to me. There is a smooth transition between He’s “torso” and base; the base notes smell of sweet woods and amber with hints of leather/suede and musk. He is described as a leather scent in many promotional articles; there’s certainly leather present in He, but it is ‘downy’ leather, not rough, pungent leather.

Usher He is not a “dirty” scent by any means but with its cumin, vetiver, wood, leather and musk notes, He produces a faint aroma of exertion (perspiration). This “flushed” phase of He is most noticeable an hour after application. If you’re a man who likes super-clean and fresh scents, He may not be for you.

My foray into celebrity fragrance country was enjoyable! He is a well-made and likeable mid-strength Eau de Toilette with average lasting power; it smells very “masculine” to my nose.