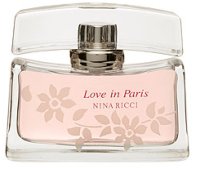 It is described as a romantic spring-time floral, and the notes include mandarine, pink pepper, neroli, cassis, peony, raspberry, rose, violet, patchouli, heliotrope and Georgia wood.

The 50 ml Eau de Parfum is available now at Sephora in France for 53€. (notes via Parfum: Les Nouveautes)