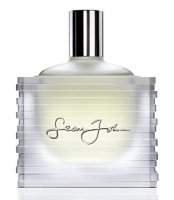 Sean John has launched the Unforgivable Multi-Platinum Edition. It sounds like a new variation on Unforgivable, but it could just be a new packaging of the same scent — it is hard to tell from the description at Macy's:

Limited Edition Platinum version of the original Unforgivable scent is a sensual combination of luxurious ingredients hand selected from the most superior harvests, blended seamlessly to create a sexy scent with a refined edge. Unforgivable Multi Platinum is the first in what is to be an annual fashion fragrance event.

Whatever it is, it is $65 for 75 ml of Eau de Toilette, and will update later if I find out more. Update: an explanation from P Diddy himself, via USA Today:

The new cologne is a limited edition, ramped-up version of Unforgivable, which Combs introduced last year and saw climb to one of the top launches of 2006.

"In the world of fragrances, perfumes and colognes, the actual products we use are based on 'the juice.' There are different grades of 'juice,"' Combs said during a recent telephone interview. "This is the luxury version."