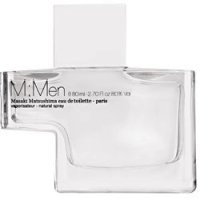 Masaki Matsushima launched M; Men last year, and it has now arrived at Sephora in the United States:

In these times of excess, the Japanese designer Masaki Matsushima envisioned an all white world of purity and calm evoked by the soothing scent of grapefruit, vetyver, musk, white tea, and rosemary accord. M; Men embodies this vision - a fragrance that's always present, but never overwhelming.

Avon has launched Far Away Paradise, a new variation on their original Far Away fragrance. Far Away Paradise is described as "an exhilarating bouquet of peach and peony petals wrapped in vanilla and amber", and is $22.50 for 50 ml of Eau de Parfum. (via Avon website)