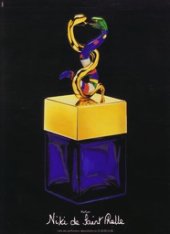 With the constant whirlwind of new perfume launches that blows through department stores, it stands to reason that some fragrances won’t get the attention they deserve. After a year or two sitting on the counter at Nordstrom, they’ll be relegated to perfume discounters or discontinued. Surely, among the hundreds of perfumes that don’t make the long haul are some pretty terrific scents, some to be had at bargain prices. But which ones?

Eddie Roschi from Le Labo was quick to identify two underappreciated scents: Cologne de Mugler and Yves Saint Laurent M7. For Cologne de Mugler, whose scent Eddie called "truly outstanding", he guessed that the scent’s marketing alienated many potential buyers. With the name "cologne", people expected a classic citrus scent, not the "flashy green mixture" shown through the bottle. Eddie said "The scent itself is addictive, an offbeat interpretation of a cologne, fresh yet very soapy and musky". As for M7’s lack of popular appeal, Eddie said, "The scent seems unfinished, raw. I think people have been used to smelling so many super facetted scents that this one throws them off. This scent has an amazing signature and to my opinion is one the most magnetic woody orientals".

At the Perfume House in Portland, one of the saleswomen said that Anne Pliska and Worth Je Reviens don’t get the attention they deserve. She likes Je Reviens for its "softness", but says that a lot of perfume shoppers pass it by, thinking that it’s old fashioned. Anne Pliska, which she likes for its warmth, isn’t advertised and so isn’t well known. The other sales person at the Perfume House pegged the Balmains in general as underappreciated — Balmain de Balmain and Miss Balmain in particular.

Some of the underappreciated fragrances recommended were from niche perfume houses. James at Henri Bendel said that L’Artisan’s L’Eau du Navigateur isn’t as well known as it deserves to be. He said that it "smells like a man — tobacco, coffee, leather — men shouldn’t smell like citrus or chocolate". He said that L’Artisan Parfumeur in the United States has new owners that have brought it back to their SoHo boutique. Henri Bendel also carries it. For women, James said that Antonia’s Flowers Tiempe Passate is too often overlooked. "It smells like a beautiful woman," he said, "the combination of amber and sage really works."

Attique at Barney’s also honed in on Tiempe Passate as an underappreciated fragrance, and he added Gendarme Carrière to the list, too. He said that he likes Carrière "because it doesn’t smell like perfume. It smells clean, like you’ve just come out of the shower".

Not everyone I asked was able to come up with an underappreciated fragrance. One sales person at Bergdorf said simply, "the classics!" At Aedes, the sales person waved his hand toward the Maître Parfumeur et Gantier shelf, saying that the line in general doesn’t always get the respect it deserves.

For my underappreciated perfume candidate, I submit Niki de Saint Phalle, which I recently rediscovered. It has mint, marigold, peach, and a tiny bit of grapefruit up top; jasmine, rose, clove, and iris in the middle; and it dries down to a chypre with cedar and sandalwood as an assist. It has the depth and rainy forest feel of Jacomo’s Silences, but is more intriguing to me. It’s also remarkably versatile and can handle warm and cool weather, afternoon meetings, and happy hour martinis. I’ve seen it at discounters for as low as $9.99 for an ounce of eau de toilette.

This post just grazes the tip of the iceberg of underappreciated perfume. What’s yours?