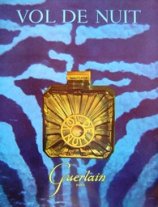 1933 falls into the Great Depression, between the Roaring ‘20s and World War Two. In America, communities languished in the wake of Black Monday. In Europe, which still reeled from World War One, fascism was growing and Dachau opened its doors. To escape poverty and fear for a few hours, people flocked to the movies and watched the Marx Brothers in Duck Soup, Fay Wray in King Kong, and Jean Harlow in bias-cut satin in Dinner at Eight. Billie Holiday’s career began.

In 1933, the Congress passed the 21st amendment, lifting prohibition and providing some salve for the times. Jean Patou added to the intoxication by releasing Divine Folie, a spicy vanillic perfume loaded with orange blossom, styrax, iris, vetiver, rose, and jasmine. Patou’s Ma Collection booklet says it “expresses such pleasures, excesses and delights as are only provided by true luxury...Divine Folie is born of the party spirit, of nights of exquisite and divine madness.” The same year, Ernest Daltroff at Caron created Les Rocailles de Caron, providing another antidote to economic and political despair.

By 1933, societal tastes had moved away from the childlike fashions of the 1920s — bobbed hair, boyish figures, and flapper dresses — and toward womanly dresses with defined waists. In a way, society had lost its innocence. Instead of evenings of raccoon coats and ukeleles, people adopted a more sophisticated, if darker, aesthetic and were fascinated with cabaret and the sexual ambiguity of Marlene Dietrich. This was the year Dietrich commissioned Creed to create Angélique Encens, which she wore the rest of her life. It was also the year Lanvin released Scandal, a leather chypre.

Finally, the public’s interest in other cultures and exotic locales had grown steadily in the years leading to 1933. Charles Lindbergh’s cross-Atlantic flight six years earlier and Antoine de Saint-Exupéry’s mail flights from Toulouse to Dakar were fresh in the public’s mind. Reflecting these interests, in 1933 Guerlain released Sous le Vent and Vol de Nuit. Jacques Guerlain created Sous le Vent, an aromatic chypre that makes a fascinating transition from tarragon to wet cinnamon, in homage to Josephine Baker. (I bet Baker, as she danced at Paris’s Boeuf Sur le Toit, inspired a more than a few love letters, too.) Vol de Nuit’s name is lifted directly from the title of Saint-Exupéry’s 1931 book and beautifully expresses the strength and emotion a pilot must have felt, crossing the Mediterranean at night with only the cold wind, piercing stars, and whir of the engine for company.

1933, of course, led to the mid-1930s and the Dust Bowl, and, eventually, a more horrific deprivation, that of war. For a little while, though, the western world could fear the worst but hope for the best and, for those who could afford it, smell fabulous.

Patou’s Divine Folie is discontinued, but was part of Ma Collection and still can be found here and there online in eau de toilette and extrait. Caron’s Les Rocailles de Caron is long discontinued (please comment if you’re familiar with it!). Creed’s Angélique Encens is still in production. I haven’t yet smelled it, but I’m longing to. Lanvin’s Scandal was discontinued in the early 1970s — another I’m longing to try and on which I’d love to hear your comments. Guerlain’s Vol de Nuit is widely available, and I’d recommend the parfum over the eau de toilette for its stealthy, soft depth. Sous le Vent, recently reissued for a limited time, is available by contacting or visiting Guerlain’s flagship store in Paris.