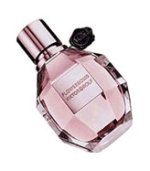 Viktor & Rolf Flowerbomb has been removed from duty free shops in Oslo Airport in response to security concerns:

"The current regulations prohibit products in the shape of weapons and we think that this bottle could be used to scare passengers, just like a water gun could," Airport spokesman Jo Kobro told news agency Agence France Presse.

The decision came after a Norwegian passenger, who was carrying a bottle of the perfume in her luggage, was stopped by security officials at Beauvais Airport in France. (via moodiereport)

In other Viktor & Rolf news, look for a men's fragrance to debut this September. (via Women's Wear Daily)