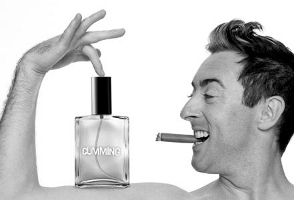 All of that lasts only a few minutes though, and then the rubber and pine calm. There is a bit of smoke, a bit of whiskey, a bit of leather, and lots of dirt and moss. If all of that sounds very heavy and overtly masculine, it isn't. It is a calm, earthy scent, very low-key and relaxed.

Over the next hour or so, it loses much of the whiskey and leather, and the rubber disappears entirely. It stays very earthy, and evolves into a subtle, sexy, your-skin-but-better fragrance. Eventually it is very smooth and soft, and there is something that smells wonderful but that I don't recognize. The white truffle?