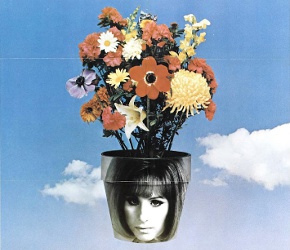 Way back in 2009, I reviewed M#2 Black March, from the indie brand CB I Hate Perfume, and I said that along with Memory of Kindness, it was one of my favorites from the brand. Black March, I said, smelled like late March, and Memory of Kindness smelled like early August. Filling out the calendar, Mr. Hulot's Holiday is July, and Gathering Apples and Burning Leaves would cover October, and Winter 1972 is January into February.* The newer On A Clear Day You Can See Forever (which I'm going to refer to as Clear Day for most of this review, and if you don't get the movie reference, do see here) brings us April: it's about spring-blooming bulbs, or in the words of brand owner / perfumer Christopher Brosius,

I've created an explosion of hyacinth, daffodil, crocus and tulip deeply enriched with the absolutes of real flowers like narcissus and jonquil. I may not yet have the roof to grow them but I do have the exuberant scent of those flowers charging outta their pots as if the police were after 'em. Spring in a bottle.

And that's pretty much just what it is. It has some of the same components as Black March, but rearranged: the smells of earth and sap and wood are still there, along with some greenery and plenty of moisture, but early on especially, they're all buried under the flowers, with the narcissus prominent: it smells like spring bulbs blooming just after a light rain. As it dries down the earth and woods are more obvious, but the soil notes in particular don't reach the levels that some people find overwhelming in Black March, and overall, Clear Day has a much more cheerful feel.

Some of you may remember that Brosius does not do alcohol-based perfumes, and that means if you're looking for serious sillage, you might have to look elsewhere. 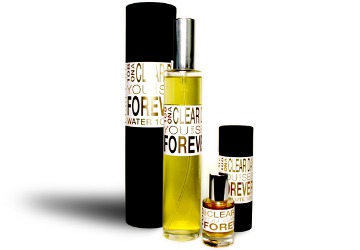 Verdict: Clear Day seemed an obvious candidate for an April-in-January kind of tonic, but it's not a powerhouse, and it will probably wear better when there's a bit more warmth + humidity in the air. I'm setting my sample aside for now. Still, I'm already in enough of a state of "deep like" that I immediately checked the price of the small bottle of the water formula, thinking maybe I'd buy a 30 ml of Clear Day, and add a 30 ml of Black March before my decant runs out. But no. The 30 ml bottle of the water formula of Black March is $60, which wouldn't kill my budget, but Clear Day in the same size is $190 — ouch. I will treasure my sample!

* There is also M#3 November, and the holiday scent, Gingerbread.