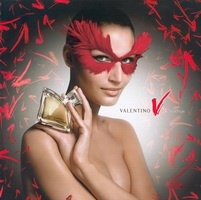 The oriental-floral-woody fragrance features top notes of pink grapefruit, mandarin and fig, has middle notes of rose and freesia petals and orange buds and finishes with bottom notes of cedar wood, sandalwood and gray amber.

The fragrance reportedly has used new technology to "reactivate the top note". Sounds sort of like a timed release vitamin. Look for an intense version to be released later this year.

Also coming soon: Origins Ginger with a Twist, a lighter version of the popular scent, intended for summer use.