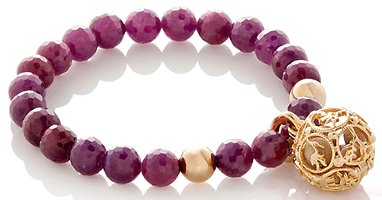 One of the six bracelets in the new Couture Collection from Lisa Hoffman. This one features rubies and 14k gold and is $2495; all of the bracelets include fragrance bead refills in six of the brand's scents — you can "layer" your fragrance or use one scent at a time. 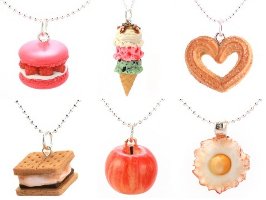 Scented necklaces made with polymer clay and sterling silver fittings, in a variety of food shapes and fragrances. $23-$28 each at Tiny Hands, where they also have scented rings, bracelets, cellphone straps and bookmarks. (found via foodbeast) 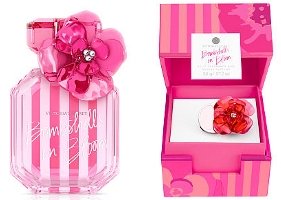 Our series of holiday gift posts continues with more travel sizes and coffrets, plus a couple solid perfumes and one more fragrance subscription program. There are two more posts to go: budget options / stocking stuffers and luxury items. 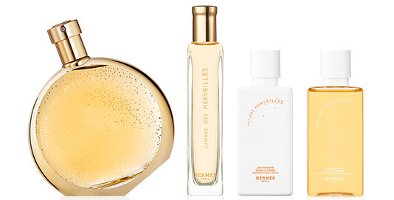 From Hermès, a gift set in the L’Ambre des Merveilles fragrance, with 15 and 100 ml bottles of Eau de parfum plus Perfumed body lotion and Perfumed shower and bath gel. $149 at Hermès… 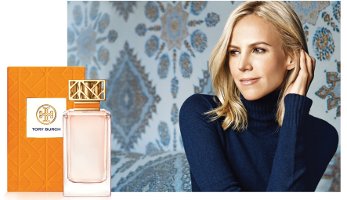 That’s Tory Burch, talking about her debut fragrance, Tory Burch, which launched last month under licensing arrangements with Estee Lauder. And who, exactly, is Tory Burch?

[…] But she seems to be modeling her cool image after that of her former boss Ralph Lauren, the Bronx-born onetime necktie maker who turned a small business making polo shirts in the 1970s into a billion-dollar global lifestyle enterprise.2

And the Tory Burch fragrance? Well, it’s a pretty good fit with all of that, especially if you’ve been watching the designer fragrance market long enough to read between the lines…