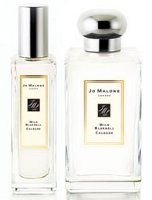 Some floral notes have appeared so often and for so long in perfumery that they feel like building blocks of scent: jasmine, rose, orange blossom. Other florals are known for being showcased in a classic fragrance, but have also been featured in many more recent compositions: the association between tuberose and Fracas, followed by any number of later tuberose-inspired creations, is a famous example. And a few flowers are recreated so infrequently that they remain linked with just one scent in our collective perfume memory. You can guess where I’m going with this: yes, bluebell.

Penhaligon’s Bluebell has been the best-known bluebell fragrance since its launch in 1978, as well as a longtime best-seller for this British perfume house. Developed by perfumer Michael Pickthall, and described as “the pure and unadulterated distillation of the scent of bluebell woods,” Bluebell includes notes of citrus, hyacinth, lily of the valley, cyclamen, jasmine, rose, galbanum, clove, and cinnamon. It has reportedly been worn by women as varied as Princess Diana, Margaret Thatcher, and Kate Moss.

Bluebell opens with spiky green notes of galbanum; its initial phase is almost androgynous, but it becomes more traditionally feminine as it develops…