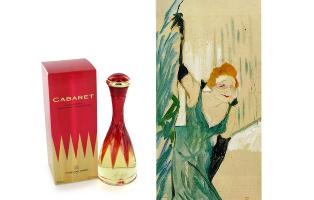 Ah, serendipity! In the perfume world, serendipity means coming across an “unknown,” hard-to-find, or simply badly distributed fragrance — in a care package from another perfume fanatic, on a friend’s dresser, as a free sample in a perfume order. I’d never have sought out Parfums Grès Cabaret on my own — an always-generous Now Smell This friend recently sent me a spray decant of the scent.

Germaine Emilie Krebs was 30 years old before embarking on a career in couture; Madame Krebs became known as “Alix Grès” — Madame Grès (‘Grès’ was an anagram of her husband’s first name: Serge). Grès’ dressmaking skills became legendary, and she’s always been known as a “designer’s designer.” Grès had one great perfume attached to her fashion house; a trip she made to India to research textiles supposedly inspired 1959’s Cabochard by perfumer Bernard Chant. (I’d love to smell vintage Cabochard; perhaps serendipity will provide me a sniff one day….) Madame Grès sold both her lucrative perfume business and her couture house in the early Eighties, and she had no involvement in the many perfumes bearing her name after 1982.

Cabaret (2003) was created by perfumer Michel Almairac and contains notes of rose, lily of the valley, peony, pink bay, violet, blue orris, patchouli, incense, sandalwood, amber and musk. Reading that list made me imagine Cabaret as a womanly, overpowering perfume — an “old”-style French fragrance. Pas du tout! Cabaret is fresh (without being fresh-ozonic) and can easily be worn by a man…

Cabotine Aquarelle ~ “The light-hearted young lady is spoiled by this irresistible pleasure. She is full of energy…” 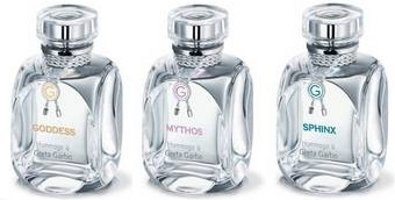 Greta Garbo was the absolute superstar in the Thirties of the Twentieth Century. The Swedish actress became famous through her roles as strong, determined women such as Anna Karenina, Queen Christina or the Polish Countess Maria Walewska. She succeeded in playing these characters in a subtle, demure way, manifesting deep emotions in close-ups simply through the expression of her eyes. The artistry of her acting was unique. As of 1928, she became known simply as „the Garbo“ and was a box office magnet… 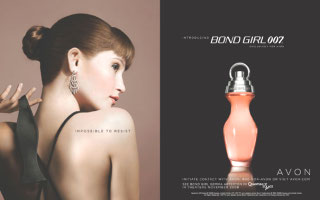 Next up from Avon: Bond Girl 007, a fragrance produced in “collaboration with the James Bond entertainment franchise”. The scent will debut this fall in conjunction with the upcoming Bond movie Quantum of Solace, and will be fronted by actress Gemma Arterton (who plays Agent Fields in the movie). An Avon spokesperson noted that “the iconic Bond girls are one of the most widely known aspects of the films — they're empowered, feminine and glamorous, so we're extremely pleased to capture that essence in our newest fragrance”…

Sexual Fresh is the latest fragrance for men from Michel Germain:

Séxual fresh, Michel Germain’s crisp new men’s fragrance, is undeniably clean, masculine, and sexy, making it completely irresistible. The only fragrance to blend cool and warm notes together to create a crisp, cool sexiness, séxual fresh is the first of its kind – a revolutionary fragrance.

The notes include mandarin, grapefruit, bergamot, lavender, green oak moss and “a blend of aphrodisiacs so complex, that it is never to be revealed”…