We often discuss “niche perfumery,” but what about niche toiletries? Lip balm, for example. Who doesn’t own a lip balm of some kind? It might just be a basic ChapStick or Blistex picked up at the drugstore. On the other hand, it might be a lip-care item with a carefully honed image (and a matching scent), designed to appeal to a very specific user group. Here’s a selection of quirky lip balms that have caught my attention over the past few months.

For the traditionalist-with-a-twist: Burt’s Bees Revitalizing Lip Balm with Blueberry and Dark Chocolate. This new iteration has the same ideal consistency as the original Beeswax formula, with natural flavoring from extracts of antioxidant-rich (and tasty) blueberries and dark powdered cocoa… 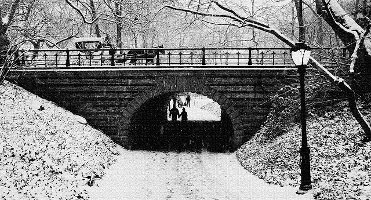 This winter has been an unpredictable one, so far, in the Mid-Atlantic region: no snow, mild temperatures, weirdly fluctuating humidity. It happens to suit my current state of mind: for me, the year opened on several notes of personal and professional disappointment, when nothing turned out quite as I expected it to.

However, wearing (and writing about!) perfume is always a reassurance to me. And over the past week or two, the temperature has finally dropped (and stayed low); we even received a light (if fleeting) layer of snow one night. Maybe something, even if it’s just the weather, will get back on track. Here, then, is my highly subjective list of ten fragrances that have been keeping me company during this season.

In the past I’ve thought of Guerlain Après l’Ondée as a springtime fragrance, but this year I realized that it’s also a good fit for where-is-winter days that alternate between chilly rain and pale sunlight…