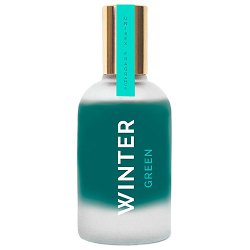 If winter is coming (and I do see signs) I'd just as soon have it as green as possible. "Winter Green by Dasein Fragrance makes its debut for the winter/holiday 2019 season. Winter Green has been produced in a limited run so be sure to get your hands on a bottle before this beauty goes into hibernation. The scent was created as a collaboration between Dasein’s nose Sam Rader and fellow indie perfumer Josh Meyer of Imaginary Authors. Winter Green unisex fragrance features notes of wild mint, pink peppercorn, sambac, evergreen needles, pomelo zest and beeswax." $125 for 50 ml at Twisted Lily.

She settled on an icy cocktail of Scotch pine, blue spruce, French lavender and black cardamom, which she began selling in 2013 at just three local boutiques. She sold 100 bottles of Winter in less than a week and suddenly had more orders than she could fill.

— Perfumer Samantha Rader of Dasein on her Winter fragrance. (We have not reviewed Winter, but Jessica did review Winter Nights, which Ms. Rader developed with Josh Meyer of Imaginary Authors.) Read more at This Winter, Don’t Just Sit by a Crackling Fire. Smell Like It, Too at The New York Times. Hat tip to Karen B! 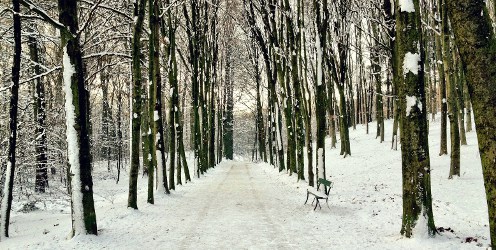 I began writing this review on Winter Solstice, the Northern Hemisphere’s shortest day and longest night of 2016. What better occasion to review a fragrance called Winter Nights? This unisex scent from indie house Dasein includes notes of “coastal forest, driftwood bonfire, cardamom tea, lavender flowers and wild musk” and was developed as a collaboration between Dasein perfumer Sam Rader and Josh Meyer of Imaginary Authors.

Dasein is based in Los Angeles, and its fragrances are all inspired by the seasons of the California landscape…