My heroes are the people who try to stay true to their vision despite the industry and its pressure, the ones fighting against soulless products, the ones making sure there is a connection between the juice, the name, the packaging and the positioning: anybody who loves the product enough to make sure it will be done right. How do you expect an emotional response to a product that you don't love yourself?

Donna Karan’s DKNY label has launched a new set of limited edition variations on Be Delicious: Be Delicious Picnic in the Park.

DKNY Be Delicious Picnic in the Park for women is a “lighter and playful version” of the original apple-based fragrance, and is sold in 125 ml Eau de Toilette. The men’s version is in Eau de Cologne, and is described as a “sparkling re-interpretation of the original…” 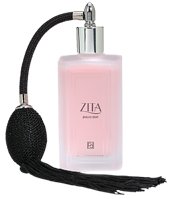 Paula Dorf started as a make-up artist and eventually launched her own line of color cosmetics in 1997. Her first (and so far, only) fragrance, Zita, was released in 2003. It was created by perfumers Cecile Krakower and Ralf Schwieger, and has notes of tea rose, fresh cut grass, freesia, galbanum, peach, pink peony, iris, sandalwood and musk:

“I had this vision of walking with my mom as a little girl,” said Dorf, who noted that childhood memories were the main inspiration for Zita, which is also her middle name.”The smell of the grass, the flowers, I’ve always had that scent in me.” (via Womens Wear Daily, 1/31/2003) 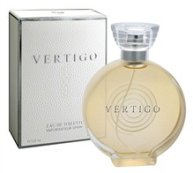 Vertigo, a new floral aldehydic fragrance from the fashion house of the same name, is to launch in US Vertigo boutiques this July, and in other venues by September.