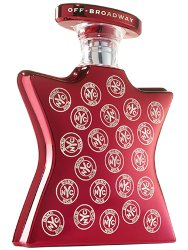 Roll out the red carpet for Off-Broadway! We don't know when theaters will reopen, but Bond No. 9 New York is proud to present an optimistic new fragrance that pays homage to one of New York City's greatest traditions. You could say she's a little sister to the iconic Broadway Nite, but she's no shy flower.

"It's not a quiet fragrance, it's quite noisy and effusive," says Bond No. 9 founder and president Laurice Rahmé. Like "Hamilton" (which debuted off-Broadway), this edgy floriental scent is destined to be a major hit.