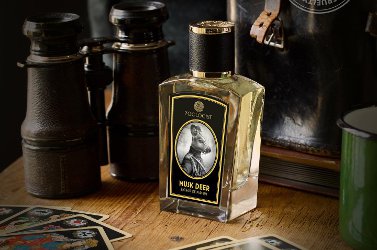 Brutal winter winds buffet the Siberian forest. The tall trees long for summer's return, short though it may be. But at the base of several bare trunks, invisible love notes call to a would-be mate. The fragrant missives are secretions left by the male musk deer. Long fangs give the buck a demonic appearance, but they too play a role in the mating ritual – weapons in the tussle with rivals for a doe's love. The dream of a mate sustains the lonely musk deer as it searches out scraps of lichen and moss among cold, barren roots.

For centuries musk deer have been hunted to near extinction, coveted for their fragrant musk pods. Zoologist respects this majestic creature, masterfully recreating the distinctive scent though a mixture of synthetic musks and natural oud and florals. The result evokes the animal desire of a lusty musk deer amid the alluring chill of a wintry forest, all captured without a hint of menace.⠀ 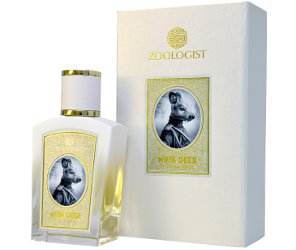 Zoologist Musk Deer will be available in 60 ml Extrait de Parfum. A limited edition collector bottle, shown just above, will debut in November.