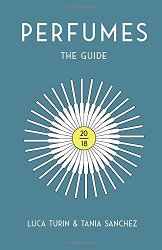 Perfumes The Guide 2018, by Luca Turin and Tania Sanchez, promises over 1200 new perfume reviews: "Ten years later they bring their inimitably passionate, erudite perspective back to the hugely changed world of fragrance, to sort out which of over 1,200 new individual perfumes deserves celebration (and which condemnation)." Available at Amazon in Kindle ($9.20) or Paperback ($16.99).