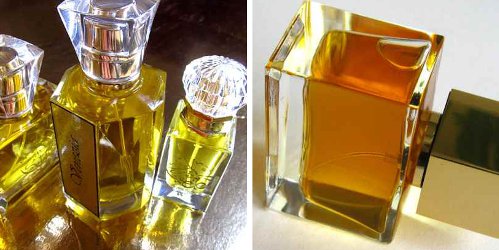 As usual, I’m late to the party. Perfume house La Via del Profumo (also known as AbdesSalaam Attar Profumo) has already garnered fans and an article in The New York Times, even though the fragrances are difficult to find and the perfume house’s marketing budget is zilch. Kevin has been reviewing La Via del Profumo’s offerings for five years. You’ve probably known about them for ages.

But for me, they’re new. Last week, I smelled two of the house’s fragrances for the first time: Venezia Giardini Segreti and Palermo Don Corleone, both from La Via del Profumo’s Italian series.

For other people as behind as I am, let me bring you up to speed. La Via del Profumo’s perfumer and founder is AbdesSalaam Attar, born in France as Dominique Dubrana and now Sufi and living in Italy. He’s self-taught and works only with natural materials. In short, he’s about as far from the world of industrial French perfumery as you can get and still call yourself a nose, but whatever he’s doing seems to be working. His fragrances have ended up on lots of “best of” lists, including Kevin’s — and Luca Turin’s.

Venezia Giardini Segreti’s notes include jasmine, rose, Italian aromatic herbs and myrrh. La Via del Profumo’s description of the fragrance says it’s meant to “recount these hidden courts, where the feel and smell of the sea are never far away,” and that the myrrh “evokes the city’s ancient connection with the East.”

If the description is accurate, Venice’s secret gardens must nearly vibrate with jasmine. Besides a hint of orange blossom and rose as the fragrance unfolds and a whisper of animalic dirtiness, Venezia Giardini Segreti lets loose a full-voiced jasmine with a subtle chorus of supporting florals that add a lemony creaminess to the composition. It’s a joyous-summer-morning sort of perfume, and an hour in the morning is about as long as it lasts on my skin. If money weren’t a concern, it would be nice to have a tiny vial of Venezia Giardini Segreti in my purse to dab on a handkerchief throughout the day.

Of Palermo Don Corleone, the La Via del Profumo website says, “I imagined a fragrance that would represents the Sicilian people, a perfume in which everything is exaggerated, starting with an exaggeration of Vanilla. I wanted a fragrance that would be extralarge also in sensuality, but having in it the hidden dark dangerous side of Sicily. To obtain this result I played Vanilla in an accord with Tuberose and Tobacco.”

Palermo Don Corleone’s balance between tobacco and vanilla hits my sweet spot for a winter fragrance, and tuberose binds them together beautifully. This isn’t a hothouse, Elizabeth Taylor sort of tuberose, but tuberose absolute, green and almost vegetal, and it transforms what might have been cloying into a fragrance I’d happily wear all day. A salty tickle of ambergris gives a skin-like feel to the vanilla.

Despite the mafia godfather’s name on the bottle, there’s nothing gatling gun and spaghetti house about Palermo Don Corleone. Instead, it smells more like the old wool coat of a pipe smoker tossed over a wooden chest near a window open to early spring. It’s so simple, and so elemental. The fragrance lasts about four hours on me and is never loud but always present. Its vanilla comes out more as Palermo Don Corleone wears on skin.