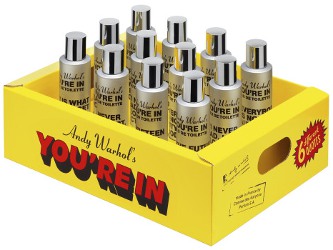 Comme des Garçons Andy Warhol's You're In will be $95 for 100 ml Eau de Toilette, in bottles featuring Warhol quotes. 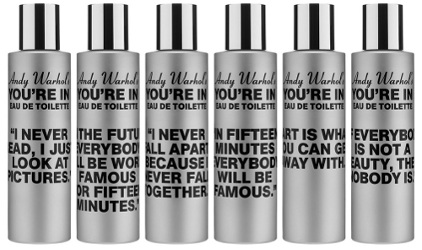 Update: Andy Warhol You're In is available in six different bottles, each with a different Warhol quote.