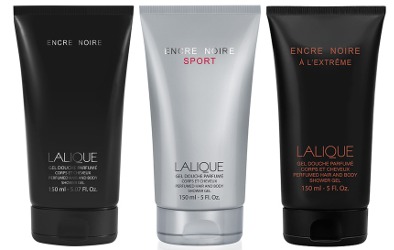 A budget lemming for vetiver week: Lalique shower gels in Encre Noire ($10), Encre Noire Sport ($10) and Encre Noire A L’Extreme ($12). 150 ml each at Haute Look, where you can also pick up 100 ml of the Eau de Toilette for $25, or 60 ml in the snazzy crystal edition for $299. (And yes, they have a bunch of other Lalique fragrances too, including a number of the crystal editions. Plus, at the moment, deals on Elizabeth and James Nirvana White and Nirvana Black.)