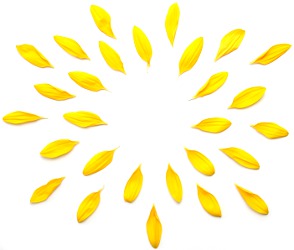 Nick’s Sunflower is based solely around the Sunflower, or what a sunflower would smell like if it had a scent…The scent is delicate, fun and happy, yet an intriguing choice for a fragrance as the sunflower actually has no scent.

So reads the press release accompanying EB Florals Nick’s Sunflower. As the press release further informs us, EB Florals's founder Eric Buterbaugh is a “globally renowned floral designer” who “embarked on an exciting venture to return perfumery to its refined luxury status” by paying “homage to the sublime notes of highly coveted flowers.” Nick’s Sunflower was inspired by Venice, California, hat designer Nick Fouquet, who loves sunflowers, a flower Eric Buterbaugh admits he’s not wild about.

Now, back to this abstract interpretation of a sunflower. What might a sunflower smell like to you? I think of heat, earth, corn cobs and squirrel fur. (Good thing I don’t have my own perfume line, huh?) From sampling Nick’s Sunflower, I conclude the folks at EB Florals think of peppery musk.

Nick’s Sunflower was developed by nose Ilias Ermenidis and includes notes of linden, quince, litchi, narcissus absolute, nectarine, orange flower, tiare, jasmine sambac, osmanthus, tuberose absolute, musk and ambrox. Despite this marvelous list of juicy fruit and vibrant flowers with its kick of hay and leather, its overall feel is of burr-like peppery musk. Imagine King Kong with a name tag that reads “Peppery Musk” clutching a few wilted tuberose petals in one hand and a sliver of bruised orange peel in the other, and you have Nick’s Sunflower.

This couldn’t be right. Look at the mouthwatering list of notes. Plus, a talented nose with lots of training and a support team of professionals created this fragrance. At least a few other people likely weighed in on it, too. Surely, they wouldn’t greenlight a perfume that smelled like the worst part of the past five years of department stores fragrances?

I wondered if my skin was distorting Nick’s Sunflower, so I pumped four or five spritzes on a cotton napkin. The musk was much less prominent on cloth, and it smelled more citrusy — at first. Then the peppery musk wafted to the forefront, but it wasn’t as pronounced as on my skin. I liked Nick’s Sunflower better on fabric. I also thought, maybe it’s my nose. Maybe I don’t have the nasal sensors (I’m sure this is how a biologist would describe it) to complete the fragrance.

After half an hour on skin, Nick’s Sunflower’s peppery musk does quiet — in fact, the whole fragrance retreats to a subdued hum that would be fine in an office, no problem. But the weave of peppery musk that survives feels like the sting of an earlier slap, and I have a hard time smelling past it. Nick’s Sunflower lasts a good four or five hours, and it reads to me as perfectly unisex.

If any of you have tried Nick’s Sunflower, please comment on your experience, especially if it was positive. Let me know what I’m missing! 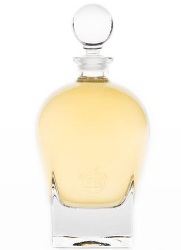 1. Except for the ellipsis in brackets, the ellipses don’t indicate any missing text and are part of the original press release.