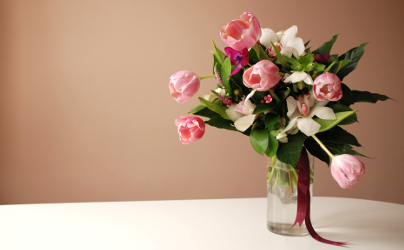 Happy Mother's Day weekend! We're honoring mothers everywhere with our usual open thread poll. Talk about anything you like — the fragrance you’re wearing today, the perfume your mother wore, whatever.

Note: top image is bouquet [cropped] by MZPlus at flickr; some rights reserved.