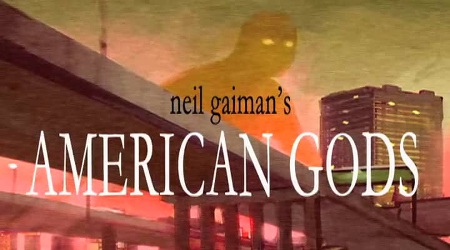 Black Phoenix Alchemy Lab has launched a collection of 20+ fragrances inspired by Neil Gaiman's novel, American Gods. (A television series based on the novel will debut on Starz later this month.) The proceeds from the fragrances will benefit the Comic Book Legal Defense Fund.

We are marking the ten-year anniversary of our American Gods collaboration with Neil Gaiman by introducing the next installment of scents inspired by his beautiful, harrowing, heart-shredding novel. It is one of my favorite books and Neil is one of my favorite humans, so this project is extremely dear to my heart. In the first installment, we are introducing sixteen new scents: Believe, Black Hats, Coin Trick, Eostre of the Dawn, For the Joy of It, Glass Eye, Laura, Low-Key Lyesmith, Media, Mister Wednesday, Mr. Czernobog, Shadow, Technical Boy, and the Zoryas.   Our sister shop, Black Phoenix Trading Post, has launched an American Gods atmosphere spray line, so you can invoke the spilled beer and fries of the Crocodile Bar, the horrors of the Bone Orchard, the Hall of Forgotten Gods’ long-dead incenses, or the biting cold of a Lakeside winter. Nail lacquers will be coming to the Post in future installments!

Believe ~ "A scent of compression and release, of heat and faith, of plunging through the jet-shadowed darkness of uncertainty. The heart of the land: roots plunging ever deeper into thrumming black soil through the graves of faith, disillusion, and skepticism."

Coin Trick ~ "Glittering gold and silver, rolling over knuckles – concealed in palms – and pulled from the sun, the moon, and the stars."

Eostre of the Dawn ~ "Jasmine and honeysuckle, sweet milk and female skin."

Glass Eye ~ "The depths of Mímisbrunnr: mugwort and frankincense, grey amber and ash."

Laura ~ "Violets, upturned earth, mothballs, formaldehyde (mixed with glycerin and lanolin), and the memory of the taste of strawberry daiquiris suspended in twilight."

Mister Wednesday ~ "Sleek cologne, the memory of a Nine Herbs Charm, gallows wood, and a splash of whiskey."

Technical Boy ~ "It’s all about the dominant [expletive] paradigm, Shadow. Nothing else is important: vape smoke and burning electrical parts."