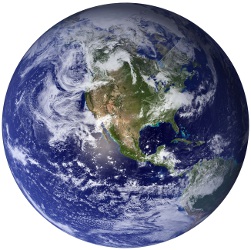 Happy Earth Day! We're marking the occasion with our usual open thread poll. Talk about anything you like — the fragrance you’re wearing today, your favorite spot on Earth, whatever.

(Please note that I am on the road today and will probably not be able to join in until late.)