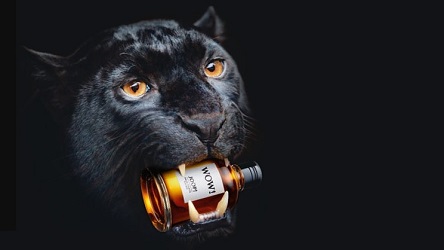 Many perfume brands have a single big success, a huge heyday-payday fragrance ("I'm young! I'm new! EVERYONE wants me! Ich bin der Geist der Zeit!") Middle and old age are often unkind to such one-hit wonders. Joop! fragrances, especially Joop! Homme, were once sold in upscale department stores. When Joop! Homme (Joop!'s one certifiable smash hit) debuted in 1989, it rested comfortably in places like Bloomingdale's, Bullocks Wilshire and Saks Fifth Avenue. Now, Kohl's and Boots are as good as it gets for Joop! Homme; you can easily buy a big bottle for $13-25 at Walmart, Target or perfume discounters. Joop! Homme is no longer the disco queen, but the disco has-been.

Joop! WOW! tells a story of a journey of transformation where the Joop! man is a powerful, groomed and confident gentleman with nothing to prove to himself or others. The Joop! man has natural charisma and is a man of power. The only thing missing is the finishing touch, one drop of Joop! WOW! and he becomes irresistible, creating the WOW! effect wherever he goes.

I still ordered a sample of WOW! from Europe because, hey, there's a panther in the ads! Isn't that a good enough reason? 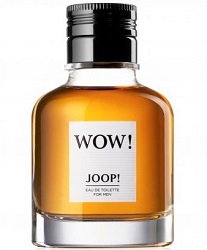 WOW! starts with a pleasant combo of restrained violet leaf and bergamot, with just a hint of cardamom. There's a touch of "roughness," too, with the wood-y fir note. Suddenly, things lighten and sweeten with tonka bean. Cashmeran (wood-y, balmy, mildly musky) wraps things up. And there you have it! Compared to current Joop! Homme! (drastically reformulated — I've heard it described as the combined aromas emanating from chemical factories producing fuel, paint, plastic/vinyl, and the like) WOW! smells downright natural. I don't see WOW! as the perfume of a "power guy" but as a perfect cologne to give a teen who wants his first adult fragrance. Due to WOW!'s mild sillage and average lasting power, this imagined teen won't embarrass himself with an overdose and he won't smell cheap either.

I should have known WOW! would be wow-less...that panther is stuffed.