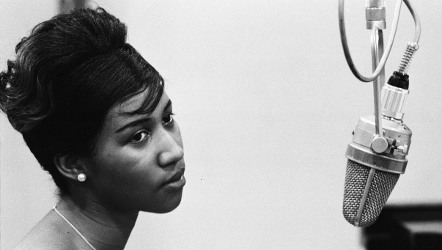 The Queen of Soul is 75 today! (And yes, she has announced she will retire, but not until she finishes that album with Stevie Wonder.)

Our poll, for anyone who wants to play: name a favorite Aretha Franklin song, and pair it with a fragrance. (It will be good practice for Playlist Friday, coming up on 14 April).

If you don't want to play, talk about something else, we don't mind a bit.

And don't forget: the swapmeet is still going!

Aretha Franklin sings Carole King's (You Make Me Feel Like) A Natural Woman at the 2015 Kennedy Center Honors: