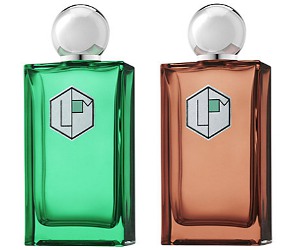 The fortune in the cookie with tonight’s take-out ginger beef reads, “An interesting sports opportunity is in your future.” And yet, tonight’s post-ginger beef activity is to review two La Parfumerie Moderne fragrances, one of which is called No Sport. I’ll go with the perfume for now and hope that my near future doesn’t come with athletic gear.

Marc-Antoine Corticchiato, the nose behind Parfum d’Empire, developed both No Sport and Cuir X. No Sport was named for Winston Churchill’s supposed reply when asked the secret of a long life. “No sports,” he said, “just whisky and cigars.”1 No Sport’s notes include bergamot, galbanum, rose, geranium, clove, tonka bean, sandalwood, hay, almond and tobacco.

No Sport is a sheer rose and geranium fragrance with handfuls of golden hay with the refreshing, sparkling, yet substantial feel of a whisky and soda with a fat twist of lemon. When I read “tobacco” in a fragrance’s notes, I think of thick, woody tobaccos like Tom Ford Tobacco Oud, but No Sport’s tobacco is watery and cool with a hint of pencil shavings. The fragrance’s mood is fresh, but it carries with it the civilized feel of a study with a vase of full-blown roses on the desk and the window open to an August afternoon. In mood — not smell — No Sport reminds me of Hermès Equipage. It lasts all day, although close to the skin.

Cuir X is the sensual, whipped cream and velvet answer to No Sport’s lighthearted, youngest-son-of-a-duke vibe. Cuir X’s notes include mandarin, elemi, jasmine, iris, saffron, tonka bean, vanilla, styrax and labdanum. As leathers go, it’s the supple and sweet kind rather than the oily or salty type, and it’s thick with iris and green-stemmed flowers, and softened with the skin-like, medicinal hit of saffron. I’d sure love a wallet made out of leather like this.

If you’re familiar with another of Corticchiato’s leather fragrances, Parfum d’Empire Cuir Ottoman, you might wonder how they compare. To me, they’re siblings in that they’re both smooth and pillowy and sweet, but Cuir X’s floral spine sets it apart from Cuir Ottoman’s tinge of incense. For a rich, comforting leather, either one is a nice choice, and if you were considering buying one, I'd recommend trying the other, too, before you make your decision. Cuir X, like so many leathers (on me, at least), fades after four hours or so, despite its lush sillage.

La Parfumerie Moderne No Sport and Cuir X Eaux de Parfum are each $220 for 100 ml. Try Jovoy Paris in France; Barneys or Twisted Lily in the US.

1. I can’t find any source for the quote, although Churchill didn’t seem to be much of an athlete. He told a journalist that most of his exercise came from being a pallbearer at the funerals of friends who exercised.