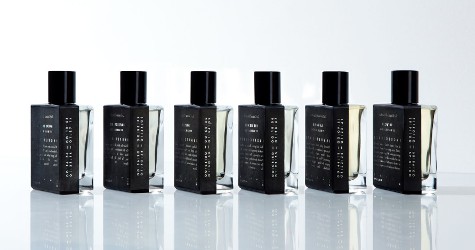 Folie à Plusieurs will launch Enter The Void, The Lobster and The Duke of Burgundy, the latest in their series of fragrances inspired by (and diffused during) films being shown at Soho House cinemas.

Enter The Void ~ Inspired by Enter the Void, written and directed by Gaspar Noé. According to perfumer Mark Buxton, "The fragrance sparks like the neon lights that illuminate the alley ways of the Tokyo underworld. Sexy, sensual, psychological, addictive and psychedelic." Enter the Void will be sold at Noah NY, in 12 and 50 ml Eau de Parfum.

The Lobster ~ Inspired by The Lobster, from Greek director Yorgos Lanthimos. Per Mark Buxton, "The cinematography inspired me to render a scenery, landscape and feeling of a couple isolated in a forest. A location where two people are restricted to love, yet fall in love." To be available at Luckyscent.

The Duke of Burgundy ~ Inspired by The Duke of Burgundy, written and directed by Peter Strickland. Per Mark Buxton, "I wanted to get the sensuality of the film in this fragrance - very feminine orientated. The idea was to get this soft sensual odor. Very musky, clean with a sly touch of shoe polish (bubble scene, waxing). The lingerie, the underwear... there's something silky, cool and smooth in it!"