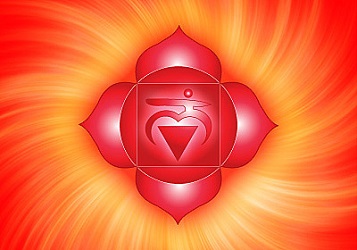 I'm a tobacco fiend; I love growing tobacco plants (including Nicotiana tabacum) and sniffing their aromatic dried leaves. Thankfully, my love of tobacco didn't lead me to a smoking habit. When I was 18, I'd buy expensive French and English cigarettes just for the packaging. Whenever I tried to smoke them in a nonchalant/worldly manner (in ANY manner, actually), I'd burst into coughing fits (as my companions would burst into laughter). Tobacco plants and perfumes have satisfied by tobacco cravings. My bottle of Serge Lutens Fumerie Turque (my "winter" tobacco) is empty, and come autumn, a bottle of Coolife Le Quatrième Parfum1 may take its place.

In homage to our ancient connection with earth, Le Quatrième is grounding, erotic, and lush. It captures passion and draws out that exquisite moment of connecting with our roots...the root chakra is the border between animal and human consciousness...the root chakra is the stem of life, the smoldering origin of our sexuality, seated at the basal end of the spine. Muladhara is the chakra of scent, our most primal sense. Le Quatrième manifests the power of fragrance, entrancing strangers and rapturous lovers to linger in your presence, luxuriating in romantic union. With a balanced root chakra, you are at once sensual and instinctual, magnetic and in control.

Le Quatrième Parfum opens with rich plummy rum, sweet, but with a hint of tartness. When I make plum jam I leave in half the fruit skins for "tang"...to offset the sweetness of the pulp (Coolife plum has a bit of a bite, too). As the fruit and rum subside, myrrh "incense" arrives, leading to the rich aroma of honey-drenched tobacco leaves. The tobacco phase lasts till the perfume fades, and it is joined by decidedly non-white muskiness augmented with semi-leathery vanilla beans and patchouli. Le Quatrième smells delicious (and in its base notes there is a phase that smells of dense Middle Eastern sweets with their thick syrups, dates and other dried fruits).

I love perfumes that are intense to the wearer but that don't invade the spaces of people in another room; Le Quatrième has very good lasting power but polite sillage.  Do give it a try if you enjoy tobacco fragrances.