New and upcoming perfume books for 2016: My Life by Jo Malone, An Odyssey of Flavours and Fragrances from Givaudan, On The Scent by Paolo Pelosi, and Aphorismes d’un Parfumeur by Dominique Ropion. 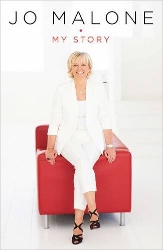 A new biography from Jo Malone, founder and former owner of the eponymous brand and founder / owner of the newer brand Jo Loves.

Jo Malone is the inspirational British businesswoman responsible for creating her globally renowned beauty business and, more recently, her new brand 'Jo Loves'. This, her first autobiography, tells in full her incredible journey from modest beginnings as a teenager, struggling with dyslexia and leaving school with no qualifications, to becoming an international brand name and one of the world's most successful entrepreneurs.

Jo's lively story explores how her fascination with smell teamed with her natural ability to create world-famous blends such as 'Lime, Basil & Mandarin', revolutionised the way we think about fragrance.

Her unique talent for pioneering innovation and originality within her field is unrivalled. Yet, despite her success, she has faced huge challenges with courage and determination, including being diagnosed with breast cancer at the age of 37 and told she only had nine months to live, and her decision to go it alone after selling the original Jo Malone brand to the Estee Lauder Corporation and walking away in 2006.

Jo's commitment and down-to-earth approach to life, work and family makes her one of the most likeable and well respected personalities in British retail and her honesty, hard work and entrepreneurial grit is an inspiration to all.

To be published in September by Simon & Schuster UK Hardcover 288 pages, currently a pre-order price of £16 at Amazon UK.

An Odyssey of Flavours and Fragrances 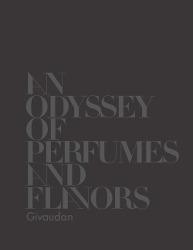 For 250 years, Givaudan has created perfumes and flavours of the highest quality, innovating and inspiring trends in scent and taste. Dior, Saint Laurent, and Prada turned to Givaudan to create Jadore, Opium, Infusion diris, and more. With the best chefs, Givaudan has created new tastes from the finest natural ingredients. Here, scientists, philosophers and historians explore the history and science of perfumes and flavours, and stunning photo-essays reveal the beauty of harvests around the worldthe sources of Givaudans creations. Including a short story by Percy Kemp, the book reveals the ways in which tastes and scents engage the senses and enhance life.

To be published in March by Abrams, Hardcover 232 pages, currently a pre-order price of $52.85 at Amazon. 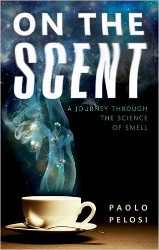 Billed as a "journey through the science of smell".

In humans, the perception of odours adds a fourth dimension to life, from the scent of flowers, the aroma of foods, and all the subtle smells in the environment. But how many types of odours can we distinguish? Why do we like the food we like? Which are the most powerful odorants, and how well does the human sense of smell perform compared with that of a dog or a butterfly?

The sense of smell is highly complex, and such complexity discouraged scientists for a long time, leaving the world of smell in an atmosphere of mystery. Only recently, thanks to the new tools furnished by molecular biology and neuroscience, are we beginning to answer these questions, uncovering the hidden secrets of our sense of smell, and decoding the language used by most animals to communicate. In this book, Paolo Pelosi, one of the leading figures in the development of the science of olfaction, recounts how the chemical alphabet behind smell has been pieced together over the past three decades. Drawing on anecdotes from his own scientific career, and celebrating the rich variety of smells from herbs to flowers to roast coffee and freshly baked bread, he weaves together an engaging and remarkable account of the science behind the most elusive of our senses.

Due for publication by Oxford University Press in May, currently a pre-order price of $34.95 at Amazon. 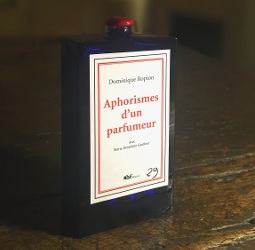 Perfumer Dominique Ropion has written (with Marie-Bénédicte Gauthier) what Vogue describes as an "84-page master class in fragrance history and technique". It is being presented alongside a limited edition (120 made) "rectangular blue perfume flacon" containing "six illustrated scrolls signed by the perfumer, a distillation of his musings and secrets" (the flacon is shown above). You can buy the flacon at Jovoy Paris for €89; I am not sure where or when you can buy the book, or whether or not it comes with the flacon, but I have seen an image of both together so they do appear to be separate objects. If you know more, do comment!