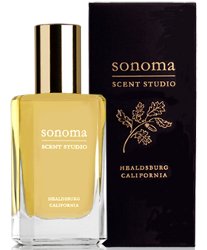 I wanted to create an all-natural version of the Forest Walk scent that I released in 2012, using similar natural wood notes but grounding them with a mellow all-natural amber base. This scent features prominent fir and hemlock spruce notes along with three kinds of cedar, pine, oakwood, oakmoss, and sandalwood. I chose to retain several synthetics at very low amounts because I felt that they were important to the scent, but the end result is still 99% natural. One such molecule is called geosmin, which is found in nature and is what gives the characteristic scent of damp earth; it is only needed in tiny amounts to have an effect.

West Coast forests have a distinctive scent that I find to be soothing. Apparently, I am not alone in finding comfort in forest settings because forest therapy has become popular in some parts of the world!

Sonoma Scent Studio Pacific Forest will be available in 5, 17 and 34 ml.