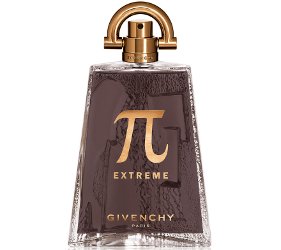 Givenchy has launched Pi Extreme, a new fragrance for men. Pi Extreme is a flanker to 1999's Pi.

TO THE EXTREMES OF INFINITY. A magnetic Eau de Toilette with the essence of smoked leather and Ironwood. Pi Extreme is for the modern-day adventurer who doesn't stop at what's impossible. Constantly in search of a balance between calculated danger and enthralling excitement, the Pi Extreme man's unquenched thirst for adventure is what makes him so attractively magnetic. A confident explorer of uncompromised elegance, the Pi Extreme man aims for the unknown.