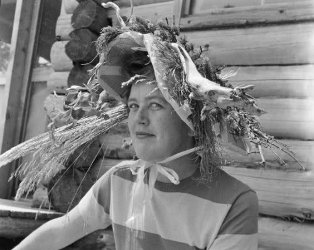 Julia Child was born on this day in 1912. We're celebrating with a few simple questions.

1. Do you like to cook? And how did you learn to cook? (And if you have a favorite Julia Child recipe, do tell us what it is).

2. Do you have a favorite gourmand perfume, or a perfume that reminds you of a favorite food even if it isn't really a gourmand?