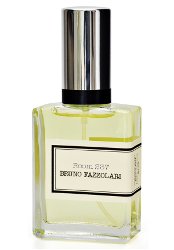 Indie brand Bruno Fazzolari has launched Room 237, a new fragrance inspired by the movie The Shining.

It’s not everyday that we get a fragrance based on one of the most terrifying films ever made, but that’s precisely what Room 237 is- an homage to Kubrick’s classic adaptation of Stephen King’s The Shining, where the pastel-green bathroom of the titular room shelters an unspeakable evil. It’s not exactly the kind of concept one attempts lightly, but Bruno Fazzolari has delivered something truly unique, a soft, enveloping, soapy-green scent that powerfully evokes a feeling of dreamlike confusion that’s both wearable and, dare we say, at least a little bit disturbing...